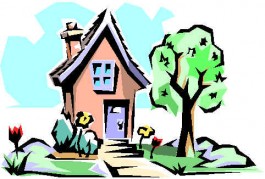 With the recent economic situation people have begun a major shift in their mindset about home ownership. Where there was once a large ‘fix-and-flip’ mentality there is now a growing realization that houses actually make great homes!

Rather than viewing property as a short-term investment people are beginning to seek out viable long-term upgrade projects which will greatly increase the property value.  These projects also help make their house a comfortable, functional place to raise their family.

Prior to 2008 there was a growing movement of people who realized that they could purchase a house, spruce it up with new paint, carpet, and tile, and turn around and sell it for profit. If everyone were very honest about it they would know that there were quite a few people making a very nice living doing this. They would also know that for every one of those people there were probably ten or fifteen more who were not.

However, due in large part to the various DIY and ‘reality’ shows about this very subject everyone thought they could do it. This led to a great number of people with mortgages up to their eyeballs and profit margins barely above negative. Now I’m not saying that this had a lot to do with the economic situation – I’m a tile guy, not an economist. I’m simply stating that the fallacy of this magic profession has led to many, many improperly constructed remodeling projects. These flippers honestly couldn’t care less whether the job was done properly – only that it looked nice.

Now that cookie-cutter houses aren’t sprouting out of every square inch of land like rabid weeds people are beginning to realize that a house is actually built to be lived in – not as a get-rich-quick scheme or easy money. They actually do make great homes.

Once the long-term aspects of a house are taken into consideration people begin to care about whether projects are built to last rather than just looking nice. What good is a beautiful custom tile shower if it begins to leak in two years? That does nothing for the long-term investment aspects of a home. In fact it actually costs more in the long run. Doing something incorrectly twice always costs more than completing it correctly once.

Biggest Bang For Your Buck

I’m certain you’ve heard that the two biggest return-on-investment projects in your home are the kitchen and bathrooms. Either of these project will normally return a hefty 85% of your investment for minor remodels and upwards of 75-80% return for the major variety.

A greater consideration than that, however, is the durability and quality of these projects. If it is not functional or simply built incorrectly it will actually cost more money – negative R.O.I. Again, doing it twice always costs more. It would be less painless to simply throw money out the window.

With people now actually living in their house for longer than six to twelve months it is becoming more important to both pick a project which makes the house more comfortable and ensure these projects are constructed properly and built to last.

You Are Not Alone

Over the past two years a solid 80% of my client’s projects started because their current shower was either leaking or showing signs of swelling or damage behind the tile. Most of these derived from the fix-and-flip mentality and simply wanting it to look good rather than function properly.

Believe me, if you have this problem you are not alone.

The good news is that you can have a properly built shower built to last (with a warranty) and make it your own. In your style, your tastes, and without the worry. Just give us a call or fill out our Contact Form to discuss your project and how we can build you a bathroom or kitchen that both represents your style and tastes and is built to last.

Make your house a home.